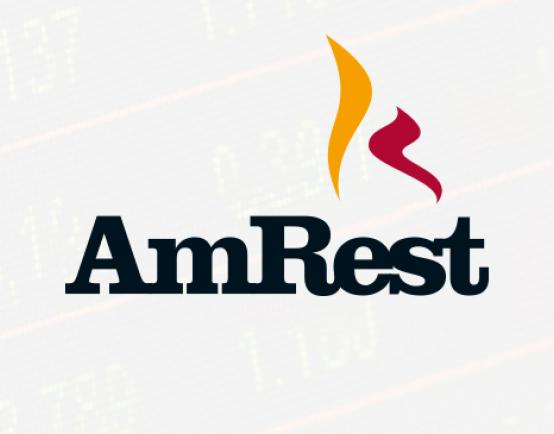 - The Group’s net profit reached €1.9 million during 1H 2021, compared to net losses of €152.3 million in 1H 2020
- Consolidated revenues up by 23.4% YTD to €844.3 million, as the positive momentum was boosted by AmRest’s successful implementation of digital, take-out and delivery strategies, adapting the firm to the new needs of guests
- The Group’s EBITDA reached €153.7 million, with an 18.2% margin during the first half of 2021.
- The positive trends are also seen in the number of operating restaurants at the end of the period, which increased to 97% compared to 92% at the end of 2020

AmRest Holdings, the leading multi-brand franchise restaurant operator in Europe, recorded a strong sales recovery across all major regions and brands during the first half of 2021, especially in the second quarter. The Group’s net profit attributable to AmRests shareholder amounted €1.9 million during 1H 2021, compared to net losses of €152.3 million reported in 1H 2020. Besides, AmRest’s consolidated revenues reached €844.3 million in the period, an increase of 23.4% over the previous year. In particular, in the second quarter of this year, the company achieved sales of €464 million, representing a 70.7% increase year on year.

The positive momentum was boosted by the Company’s successful implementation of its digital, take-out and delivery strategies that allowed a fast reaction and adaptation to the guest´s needs. The easing of some mobility restrictions in the second quarter allowed a moderate but encouraging up-turn in dine-in activity.

The improvement in the general conditions, strong sales recovery combined with the disciplined execution of cost control initiatives, such as the restaurant portfolio optimization, has materialized in a significant margin expansion for AmRest. In this scenario, EBITDA reached EUR 153.7 million with a margin of 18.2% during the first half of 2021. Still, these figures include the contributions of the different government aid programs where applicable.

The company's net debt stood at €541 million at the end of 1H 2021, with a cash position of €183.3 million. AmRest reduced the net debt by 11.5% during the previous year despite the challenging environment.

According to Eduardo Zamarripa, Chief Financial Officer for AmRest Holdings SE, “the first half of 2021 continued to pose significant challenges for the hospitality sector, but the Group's proven business model and the strength of AmRest brands led to a substantial sales recovery and a consolidated margin expansion across major regions. As a result of the strong commitment of our employees, together with the gradual easing of mobility restrictions and social distance measures, we managed to increase our commercial capacity by operating almost all our restaurants, while continuing with our plan of new openings. Over the last 12-month period, 119 new restaurants were opened, and during the first half of 2021 we opened 57 new restaurants”.

All major regions where AmRest operates showed a clear recovery and positive trends. Central and Eastern Europe, as well as Western Europe, achieved significant revenues. In particular, Central and Eastern Europe sales reached €370.3 million in 1H 2021, 17.4% higher than in the same period last year, while the Western Europe region reported one of the biggest increases in sales in 2021 due to the gradual reopening of the economies and strong business execution. Total revenues in this region reached €326.5 million, an increase of 26.9% compared to the first half of 2020. As for Russia, the Group's revenues in the country amounted to €84.2 million in 1H 2021, representing an 18.0% improvement against the previous year. China stands out for posting the biggest improvement, with sales that reached €47.9 million in 1H 2021, 64.7% higher than in 1H 2020.